KPMG: Lviv is one of the top emerging IT-BPO destinations in EMEA

KPMG, one of the world’s leading providers of advisory services, recognized Lviv as a top emerging IT-BPO destination in Europe, the Middle East and Africa. The KPMG report concentrates on the key drivers that made Lviv a favorable IT-BPO location.  It highlights the availability of an educated workforce, as a result of tens of thousands of graduates every year from the city’s top two universities – Lviv Polytechnic University and Lviv Ivan Franko National University. Apart from subject-related skills, most young specialists show competence in at least one foreign language. This language availability is strengthened by Lviv’s cultural and geographical proximity to Western Europe. Combined with a time difference advantage, it makes the city perfectly suited for a nearshore delivery to Western Europe. Besides, many IT-BPO companies work with top North American companies, confirming the status of Lviv also as an offshore destination. 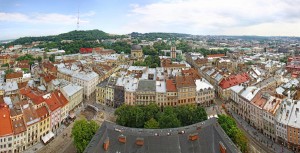 The report mentions the fact of Lviv co-hosting the European Football Championship in 2012, which is expected to bring about improvements in infrastructure and quality of life in the city. However, even now KPMG finds the facts which show the progress in these directions.  Infrastructure in terms of connections between Lviv and countries of Western Europe and North America is to be improved by the launch of a new airport terminal by 2012. As a result, new destinations are to be established.

To summarize, Lviv’s cultural and geographical proximity to Western Europe, combined with a large well-educated workforce, is considered to be a convincing factor contributing to Lviv being selected as a top destination for foreign companies that seek the opportunities of business processes outsourcing.

BPO Nextdoor, Inc. is a member of Edvantis Group which has 12 years of successful history of supplying outsourcing services to North American and Western European companies and employs about 250 professionals. BPO Nextdoor is a pioneer in Ukraine, providing a full spectrum of intelligent labour-intensive services in the field of business process outsourcing worldwide.